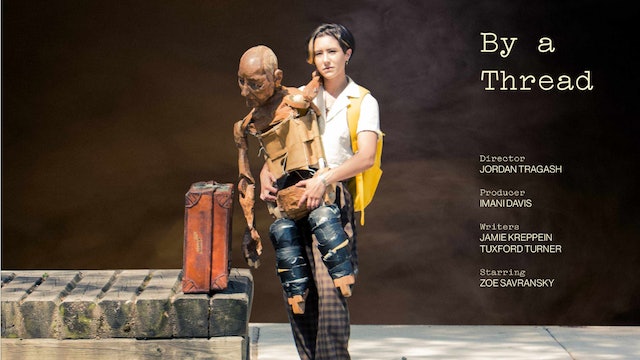 By A Thread is a film that chronicles our nonbinary hero’s frustrating journey through a new, bustling city. Characterized by short interactions with a variety of characters and a soaring moment of release, the piece juxtaposes the harsh reality of the world with the magical expanse of the main character’s mind. In their head, they use their art form, performative puppetry, to process and wrangle with their experience. From the lowest lows to the highest highs, every moment is reflected in their mind’s eye. Over the course of the film the hero is forced to grapple with their sense of self-worth, the value of their artistry, and the specifics of their identity as they are denied, demeaned, and ultimately uplifted by a variety of Strangers in the world around them. 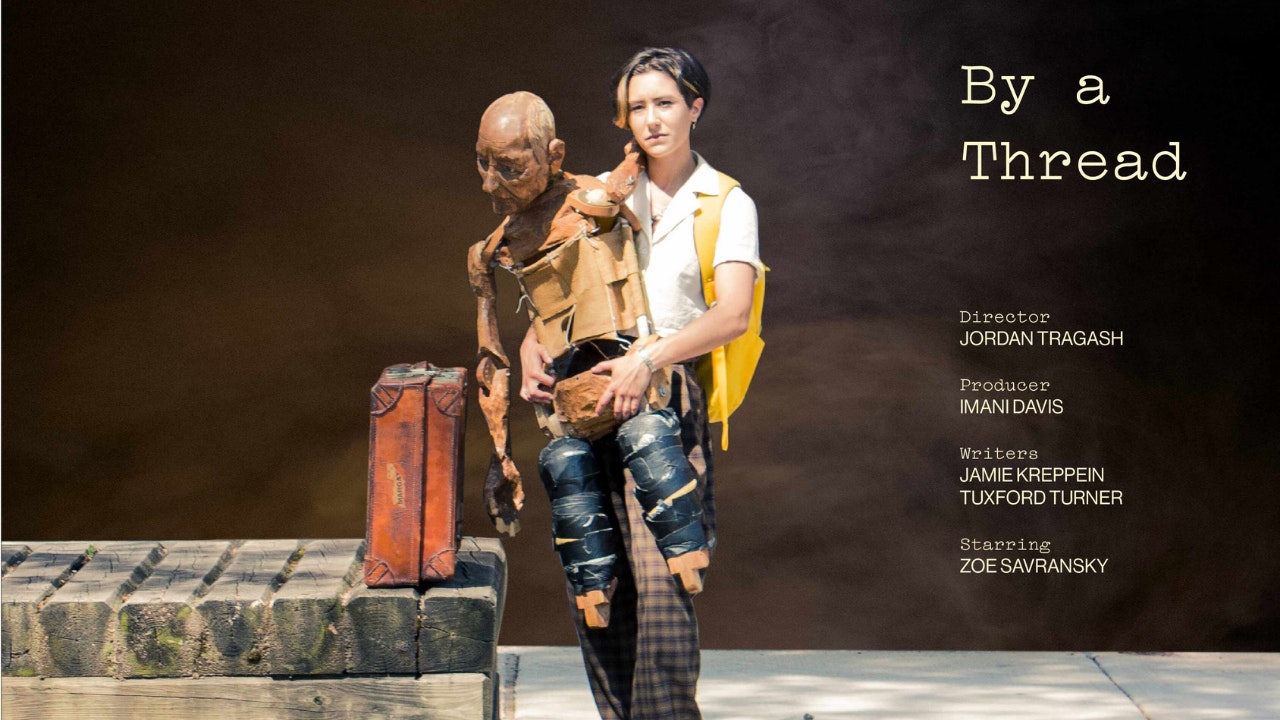