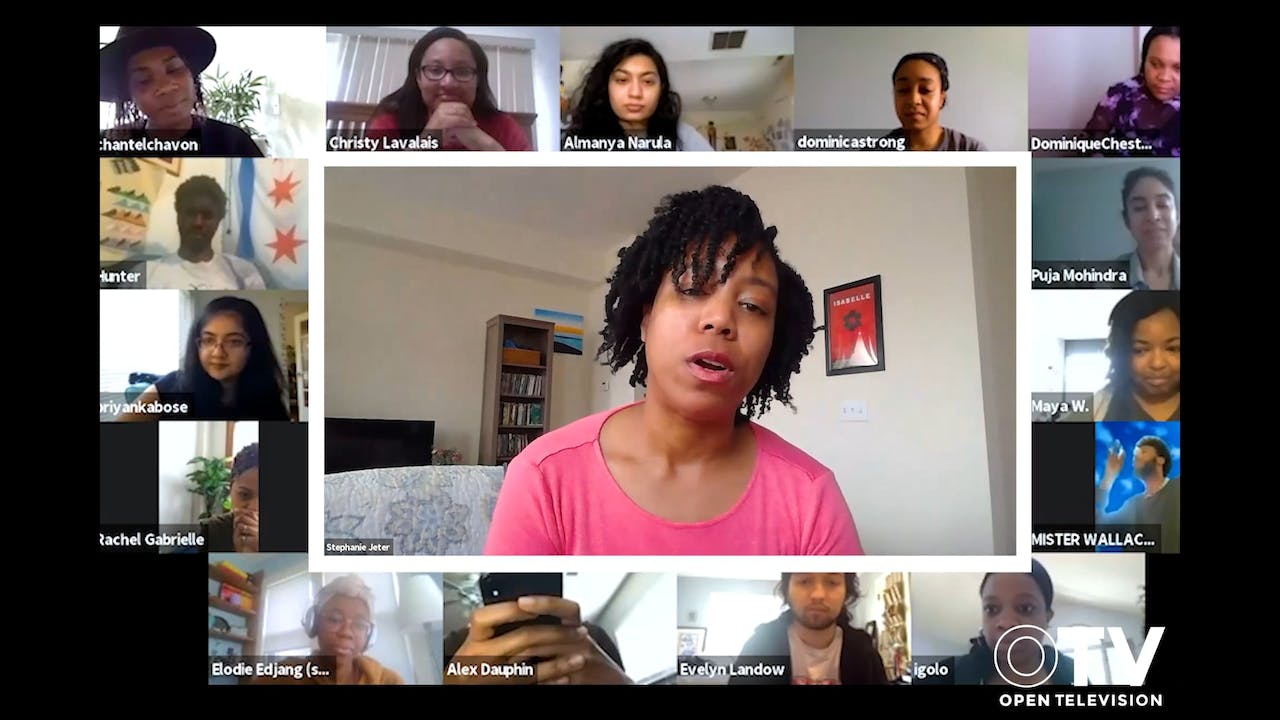 Short Form Content Producing for Creatives: How to Navigate Development
Through Distribution

In this course, participants will learn the ins and outs of project development, attaching production partners, pre-production (script breakdown, scheduling and budgeting), casting, production, post-production workflow, and distribution. This course is designed for creatives who will become de facto producers as they usher their projects forward. (2hrs 30mins)

Stephanie Jeter is an award-winning filmmaker from Chicago, Illinois, and is the co-founder of OTV Studio. She spent more than ten years working in production management on various network TV shows, blockbuster feature films, and commercials. She has worked with companies such as HBO, Showtime, Fox Television Studios, and BET.
In 2015, Stephanie joined Aymar Jean Christian and Elijah McKinnon in the launch of OTV | Open Television, where she served as the Head of Production for four years.
Stephanie's award-winning film "Searching for Isabelle" has screened more than a dozen times including at the 2018 American Black Film Festival, and can be viewed on Amazon Prime, Xfinity Streampix, and various streaming channels through Gravitas Ventures. Her latest projects include the short film "Viktory," and the sci-fi web series "HIVE", both of which will be released in 2020.